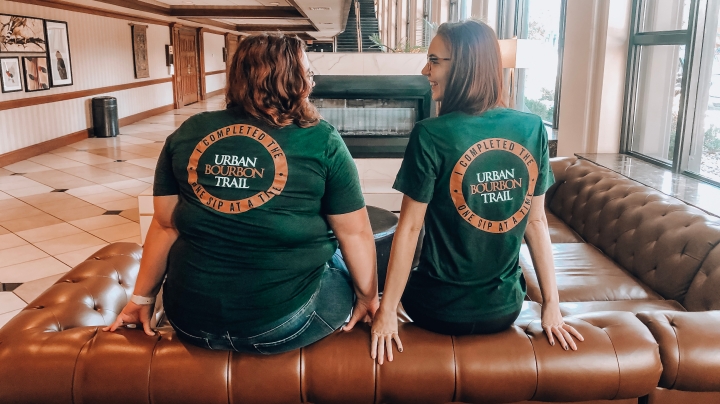 A couple weekends ago we checked another state off our list when we visited Louisville, Kentucky together! Summer had a history conference to attend, and I tagged along because one of our favorite things is meeting up to explore a new city together since we live so far apart. We can’t wait to post our Louisville travel guide to show you all the things we did over the weekend, but first I wanted to write about our favorite thing we did in Louisville; The Urban Bourbon Trail.

Louisville’s Urban Bourbon Trail is a collection of 44 restaurants and bars that have cultural links to bourbon and serve at least 50 different kinds of bourbons at their bar. That’s a lot! You can get a trail passport at any of the participating locations or the Louisville Visitor Center. With each visit to a restaurant or bar, you get a stamp in your passport. After 6 passport stamps, you get a free Urban Bourbon Trail t-shirt.

Let me tell you, I think this is one of the most brilliant things the city of Louisville could have ever come up with. By requiring that participating locations carry at least 50 different bourbons, that boosts sales for distilleries along the Kentucky Bourbon Trail. By featuring these restaurants and providing an incentive for tourists to visit at least 6 of them, it boosts sales at locally-owned businesses in Louisville. I’m no economist, but this seems like a huge plus for the Kentucky economy.

For Summer and I, it gave us a goal. My husband is a bit of a party animal and can stay out for hours after he’s had a Red Bull. The rest of us… not so much. However, having a goal of hitting up 6 different bars on Saturday night kept me going, meant we never stayed at one place for very long, and got our blood pumping since every place we went to was in walking distance of our hotel.

We decided to stop at the Louisville Visitor Center on Saturday afternoon to pick up our passports and learn more about the Urban Bourbon Trail. I also bought a few postcards (my fave) and got a free cooler bag by tweeting a photo with their wax figure of Colonel Sanders.

We picked up our passports for the evening, watched Alabama heartbreakingly lose to LSU in college football, took a power nap at our hotel, and then we were off!

Stop 1: Down One Bourbon Bar

Down One Bourbon Bar was just around the corner from our hotel, so it was a logical first stop. I’m not typically a bourbon drinker, but when in Kentucky, do as the locals do. I ordered a bourbon cocktail called Kentucky Lemonade, and it was delicious.

Stop 2: Troll Pub Under the Bridge

We were very excited to visit Troll Pub. The bar had a few different rooms, cool vibes, and even a secret room behind a bookshelf, which was perfect for our speakeasy-loving group. We also got to hang out with Louie the Troll outside. He was a great conversationalist.

Living in Mississippi, Summer doesn’t get queso very often. Out there they have a “cheese dip” that is white with no peppers in it—blasphemy for a Texan. Merle’s provided a snack break in the midst of all our bourbon drinking with some real, honest-to-goodness queso. It also had the least expensive cocktails of all the places we visited, some live music, and a lot of space. If you’re looking for somewhere with more of a restaurant than bar atmosphere to grab a stamp, this is the stop for you.

We popped into Doc Crow’s right as they were closing, but they were gracious enough to serve us a couple drinks and stamp our passports before we were on our way. Summer and I split a drink called “For a Thrill”, and what a thrill it was. What we expected to be a delicious fruity bourbon cocktail turned out to be a little too strong for our liking, so we’re glad we shared it.

Our favorite stop of the night was Patrick O’Shea’s. It’s an Irish pub with multiple rooms and floors, had between one and two weddings taking place that night, and they hosted some of the best karaoke while we were there. We started out in a cozy little booth until the karaoke drew us in to switch tables. Summer and I drank a delicious strawberry bourbon drink (or two or three…) and sang some crowd favorites. We spent so long at O’Shea’s that by the time we left, the rest of the bars on Whiskey Row were closed for the night, so we decided to head home and visit our final Urban Bourbon Trail stop for brunch the next morning.

After the Troll Pub (stop #2), we walked over to Hell or Highwater, a speakeasy on the Urban Bourbon Trail. We are rookies who didn’t make a reservation, so we got on their waitlist and continued our trail trek throughout the night, waiting for a text that it was our turn. Sadly, that text never came. Lesson learned: if you want to visit Hell or Highwater (and we definitely think you do), make a reservation in advance.

Our final stop was a little brunch spot called Dish on Market. This restaurant was great because they had both a brunch menu and a brunch buffet complete with an omelette and breakfast sandwich bar. Summer got the huevos rancheros (and gave the chorizo to Travis) while I built my own omelette (not at the buffet… I didn’t feel like leaving the table). It was delicious and gave us the last stamp in our passports!

Stop 7: Back to the Visitor Center

After brunch, we walked back over to the visitor center where we showed our completed passports, took a quick survey about our experience, and got our free shirts!

We had such a fun time completing the Urban Bourbon Trail in Louisville. Have you ever done this trail, or a similar challenge while traveling? 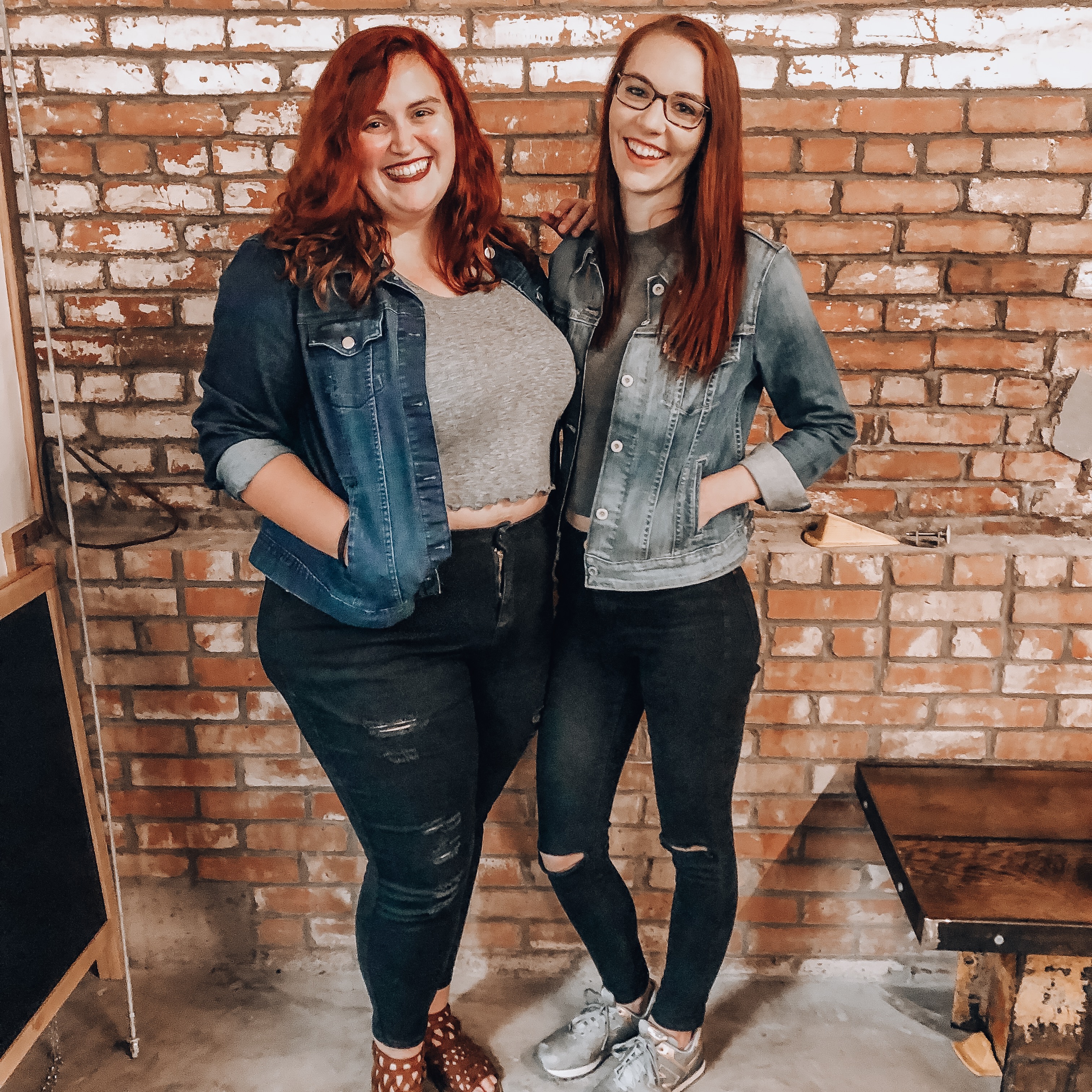 HOW TO TAKE THE SADNESS OUT OF SATURDAY NIGHT:
The only way to watch a baseball game in the Texas heat is from a lazy river. Sitting in the stands and sweating? 🥵 I don’t know her 🏖
Practice makes perfect 💍 Summer gets married TOMORROW!!!!! #wedding #bride #maidofhonor #xoq #eloquii #poshmark #poshmarkfinds #weddinginspiration
Walking the red carpet Wednesday night at the @shop.ltk commercial premiere ✨ I saw one of the commercials in the wild last night and squealed so loud my husband came running.
Loading Comments...
%d bloggers like this: